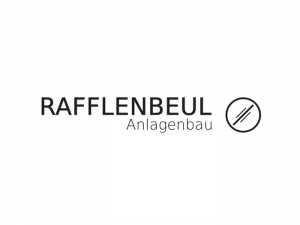 Since 1986 the engineers and technicians of RAFFLENBEUL develop cheap and sustainable solutions for waste air purification, odour abatement and energy efficiency improvement of production processes.
With several joint research projects with German universities, it was possible to extend RAFFLENBEUL´s lead in purification technologies that outrun the state of the art – e. g. non-thermal plasma treatment and molecular sieve duplex processes.

Non-Thermal Plasma Plants
After 15 years of research and continuous improvement, the plasma systems of RAFFLENBEUL are applied especially for odour abatement for instance in the food industry and in the factories of flavour fabricators. The plasma units eliminate the smell of cat food production as well as Chanel No. 5 but non-thermal plasma also can be used for dispelling pollutants like formaldehyde and hydrogen sulphide.
The NTP technology of RAFFLENBEUL is well-proven in practice for more than ten years meanwhile. The plants run for instance in the Netherlands and in Switzerland for Givaudan, in Germany for Giesecke & Devrient and even in Brazil for ZF Sachs – not only for the utmost contentment of the clients but also of their neighbours who are rid of the smell.

Molecular Sieve Buffers
Molecular sieves are incombustible minerals, for instance, zeolites, which can buffer solvent emissions in their microstructure. This natural characteristic of the molecular sieves was improved by RAFFLENBEUL by hydrophobizing and pelletizing. Today the molecular sieve buffers of RAFFLENBEUL are applied in the printing and coating industry as well as in the factories of car and plane manufacturers, rubber fabricators and adhesive processors worldwide. Usually, these buffers are connected upstream to combustion plants and homogenize even very high solvent concentration peaks in the emissions so that the waste air can be passed to the purification units without any fire/explosion risk. But the buffers also can be used without a purification system. In this case, the molecular sieve stores the solvent emissions for a certain period of time and afterwards the solvents are desorbed in a temperature range of 650 to 700 °C.

Duplex Systems
A duplex system is a combination of molecular sieve buffer, rotary concentrator and combustion plant. The buffer is used for ensuring that the rotary concentrator is always fed with the same solvent emission for avoiding fires and explosions. The rotary concentrator increases the solvent concentration of the emission up to an exactly defined maximum. This high concentrated waste air is passed to the combustion unit connected downstream. In the course of combustion, so much surplus energy (heat) is generated that this extra energy can be used for running production machines or heating the factory or even cooling the factory by applying an absorption chiller in addition.