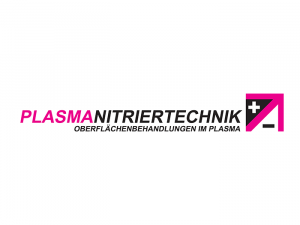 Versed. Experienced. Future-oriented. With us, you have a competent partner at your side in all questions of surface treatment by means of plasma nitriding, plasma nitrocarburizing and oxidizing. We apply our knowledge and expertise not only in contract heat treatment, but also in the development and construction of plasma nitriding systems individually tailored to your needs.

A process that increases surface hardness and effectively protects against wear: With plasma nitriding, we offer a high-performance treatment for mechanically stressed metal components.

Our extensive capacities and short lead times allow us to process all orders quickly and efficiently. Every day several processes start – so we are able to quickly implement even short-term requests at any time.

Single part, series or particularly large parts plasma nitriding? No problem, we will implement your order quickly, reliably and in the highest quality.

Plasma nitrocarburizing is a reasonable alternative to plasma nitriding for parts with extreme wear and tear. With this process, thicker compound layers with higher wear resistance can be produced in surfaces. In addition to nitrogen, this process variant also diffuses carbon. The thick compound layer produced on the surface during nitrocarburizing contains mainly ε carbonitrides Fe2-3CN, whose formation is favored by the increased carbon content in the furnace atmosphere.

Optimally suited for treatment are unalloyed and low-alloy steels with low carbon contents.

Plasma nitrocarburizing is often classified as a process variant of plasma nitriding with a carbon component and included under the generic term plasma nitriding, because the basic mechanisms of action are identical.

The individual performance and functionality of both processes can be read here.

Oxidation following plasma nitriding or plasma nitrocarburizing increases the corrosion resistance of the material. The treatment creates a 1-2 µm thin oxide layer of Fe3O4 (magnetite), which gives the surface an anthracite to black appearance and makes it significantly less susceptible to corrosion.

Post-oxidation is a treatment stage following nitriding or nitrocarburizing, in which an oxide layer is created on the material surface with the aid of an oxygen donor. The aim of this layer is to additionally increase the corrosion resistance compared to the nitriding treatment. Prior nitriding or nitrocarburizing of the materials is absolutely necessary for the post-oxidation process to ensure sufficient formation of the oxide layer.

During nitriding, nitrogen is diffused into the surface layer. If carbon is introduced in addition to nitrogen, this is called nitrocarburizing. The structure of the resulting layers is similar in many respects. On the surface there is the compound layer, which is a few μm thin. Directly underneath is the diffusion layer, which in contrast to the upper layer is several hundred μm thick. The formation of the layers is determined by the alloying elements of the base material and the particles of the treatment medium introduced. Typical nitride formers include the alloying elements chromium (Cr), aluminum (Al) and molybdenum (Mo). The elements manganese (Mn), vanadium (V) and titanium (Ti) tend to form carboxyl groups.

Furthermore, the oxide layer is mainly formed by a transformation of the surface areas of a previously created compound layer. The free iron molecules and the iron nitrides of the compound layer, which are formed during oxidation, form a stable iron oxide in combination with the oxygen donor. This resulting 1-2 μm thick oxide layer is chemically resistant. In order to achieve high corrosion resistance, a pure magnetite (Fe3O4) is used.

A post-oxidation is carried out as the last process step directly after plasma nitriding or plasma nitrocarburizing. An additional treatment step and subsequent cooling in an oxidizing atmosphere transforms the top layer of the compound layer produced into a protective oxide layer. Afterwards, no further processing of the part may be carried out.

In order to be able to offer our customers a consistently high standard, our products are subject to constant quality assurance. All orders of contract treatment are controlled by testing the surface hardness. For this purpose we have modern stationary and mobile testing technology at our disposal. Of course, all measuring and testing equipment complies with the common hardening shop standards.

Contract treatment and plant construction are certified according to ISO 9001:2015.