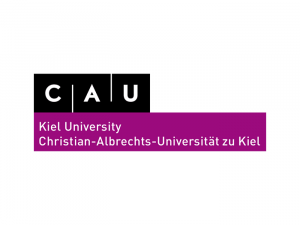 About the Kiel University

Kiel University is Germany’s northernmost State University and the scientific centre of Schleswig-Holstein. At our institutes, more than 24,000 students learn their trade, about 2,000 scientists teach and do research in one of our eight faculties. They educate students in 185 degree programs and approximately 80 different areas ranging from Agricultural Science to Zoology. Founding members of Kiel University in 1665 were the faculties of Arts and Humanities, Theology, Law, and Medicine. Since then, four additional faculties have been established: Mathematics and Natural Sciences, Business, Economics and Social Sciences, Engineering as well as Agricultural and Nutritional Sciences. During its long history, the city of Kiel and the University have formed tight bonds. With its clinic, the University is one of the biggest employers in the region. It sees itself as a modern State University of interconnecting academic cultures.
As a state institution, Kiel University has a special responsibility: It offers students from Schleswig-Holstein a broad range of subjects so they can study in state. Kiel University also offers a clearly structured scientific profile that attracts students from all over Germany and the world. Contributing to this are the bachelor’s and master’s programs, which are available in almost all disciplines. They are designed to make it easier for international students to get their degrees accepted. Kiel University also attaches great importance to the education of their doctoral candidates, who do research on their own and have established strong networks – such as Research and Training Groups, Graduate Schools and the Graduate Center. Various international Summer Schools invite future students to get to know their area of interest or to join supervised studies.

Kiel Marine Science
The close cooperation of the Kiel marine scientists is shaped by joint activities in research and teaching at the CAU facilities “Institute for Geosciences” and “Research and Technology Centre” in Büsum together with GEOMAR Helmholtz Centre for Ocean Research Kiel.

Kiel Life Science
‘Inflammation at Interfaces’ puts the focus on the molecular research of molecular diversity within plants, animals, and humans. The cluster aims to develop fundamental knowledge of interactions between genetics and environment that originate in complex diseases. Also, this cluster focuses on developing possible preventative measures.

Kiel University exists as a land university already since 1665. In physics, famous scientists did research in Kiel like Heinrich Hertz and Max Planck (pioneers of radiation physics and quantum physics) or astrophysicists like Albrecht Unsöld. Also today physics in Kiel is a living and internationally recognised department in whose institutes many update and attractive research directions are represented. In the working group plasma physics/plasma technology intensely applied research is pursued besides basic research (e.g., of complex plasmas). Including among other things experimental research in the field of plasma-wall interaction and edge layer phenomena of process plasmas. For example, the group measured the power influx from the plasma on the worked-on substrates as an important parameter for the optimisation of etching and coating processes. In addition, the development and testing of technological plasma processes are in the foreground. In particular includes the modification of microparticles and powders, but also the use of atmospheric pressure plasmas.