Institute of Nuclear Chemistry and Technology 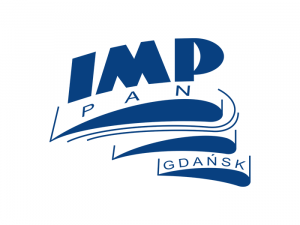 About the Institute of Fluid Flow Machinery

The Institute has been founded in 1956 (with its first organisational structures in 1953). It was destined to conduct fundamental research in the area of principles of operation, design, construction and developemnt of machinery for energy conversion in flows. Presently, the investigations are being carried out in the following fields: fluid mechanics, multiphase flows, thermodynamics and heat transfer, plasma physics, laser technique, machine mechanics, tribology and diagnostics of power sector machinery.
In 1998 The Institute was employing 130 people including 77 scientists. The Institute is authorised to award the degrees of Doctor of Philosophy and Doctor of Sciences (habilitation)in the field of mechanics, construction and exploitation of machinery.
In its structure the Institute has four departments divided further into 18 scientific groups.
Apart from the fundamental research, the Institute offers its services in the area of practical engineering applications such as: turbines, pumps and hydrokinetic couplings, ventillators, marine propellers, solar collectors; their design, calculation and technical expertise; development of unique equipment and apparatus.

Centre for Mechanics of Liquids
The research activities of the Centre for Mechanics of Liquids include both in the fundamental research of flow phenomena in liquids and multiphase media on the one hand, and applications related to design, experimental and numerical analysis, as well as diagnostics of flow in hydraulic machinery (pumps, water turbines, pipelines, etc.).

Centre for Thermomechanics of Fluids
In Centre conducted are works of in a variety of fields such as thermomechanical problems, thermal fluid-flow operation and diagnostics of turbines, investigations of the phenomena and modelling of single and multiphase flows, heat and mass exchange in such flows, condensation modelling on tubes and also turbulence modelling in multiphase media.

Centre for Mechanics of Machines
Work in the area of machine dynamics and in particular of the thermal fluid-flow machinery. Activities in the area of modelling of dynamical interactions taking place in subsystems of the type: line of rotors – slide bearings – supports – foundation. Aeroelasticity and structural calculations of turbomachinery components and constructions.

Centre for Plasma and Laser Engineering

The Centre is focused on plasma and laser investigations and their application in practice.
In the area of the methods of plasma production the works are primarily concentrated on the discharges in gases under atmospheric pressure (particularly microwave discharges) and modelling of obtained in such way plasma. Plasma technologies are being developed for purification of flue gases from ecologically harmful components (mainly nitrogen oxides and hydrocarbons).
Investigations and development of the laser constructions of large power (mainly of CO2 flow lasers) and the investigations of new laser media in a condensed phase encompass amongst the others physical basis of interaction between a coherent radiation and a matter and fundamentals of new technologies. Conducted is dissemination, development and implementation of laser techniques and laser technologies. Part of the works dealing with applications of laser techniques is directed toward a precission processing of materials (NATO SfP 972685 – Copper Bromide Laser) and visualisation and velocity field measurements in gases and liquids.

The Centre is divided into five research groups: